tl;dr John Romero is a super inspirational dev and makes me wish I starting coding earlier. Also, ITC rakes in the awards.

The Games Fleadh is a game development convention held in Thurles Institute of Technology. It’s a platform for students of various years to compete against each other and also for secondary school pupils to gain insight into game development.

In my first year of college, myself and two others opted to compete in the Robocode tournament. Robocode is this cool little yoke where you program a virtual tank ai (complete with radar, gun and chassis) in Java to fight against other bots in a virtual arena. Last tank standing wins. The tournament was extracurricular so we had to code our bot alongside our other projects at the time. We ended up with a bot which tried to predict where other bots would be when it fired and account for that, whilst also neatly evading the bullets of other bots. Due to problems in previous years with wallbot clones (a sample bot that circled the arena, firing inwards when it detected an enemy), sentry bots were put in place that would destroy any bot hanging around the arena perimeter; unfortunately, the winning strategy our year was to make the wallbot stay just inside the sentry area (clever, but lazy imo).

In second year, we (same team from first year) were (once again) the only ones to opt in to the Games Fleadh. The Robocode tournament is open only to first year students so we moved on to the big leagues. It was a significant year for Hitchhiker’s Guide to the Galaxy and so that had to be the theme of the game. We developed a virtual reality game in Unity for the Durovis Dive (a simple vr headset you slid your phone into) where the player had to escape earth before it was destroyed by avoiding dolphins and the like. This was our first foray into virtual reality and it bagged us both Best Windows Phone Game and Best in Visual Engineering.

In third year we didn’t compete. We had two reasons:

I would have liked to compete properly in fourth year (this year), entering either my Final Year Project (fyp) or our best Real World Modelling project. The theme this year was tower defence and I thought I’d compete one last time. However, due to the stresses of final year and the fact that none of my team members showed up on the day, it turned into more of a feedback session than a proper competition entry (I was left to present both the fyp and RWM projects). It wasn’t all bad though, I got some really useful feedback that really helped improve my fyp and I had the chance to hear John Romero speak, which is, I suppose the useful part of this post behind the wall of waffle. If you’ve bothered reading this far, I congratulate you. 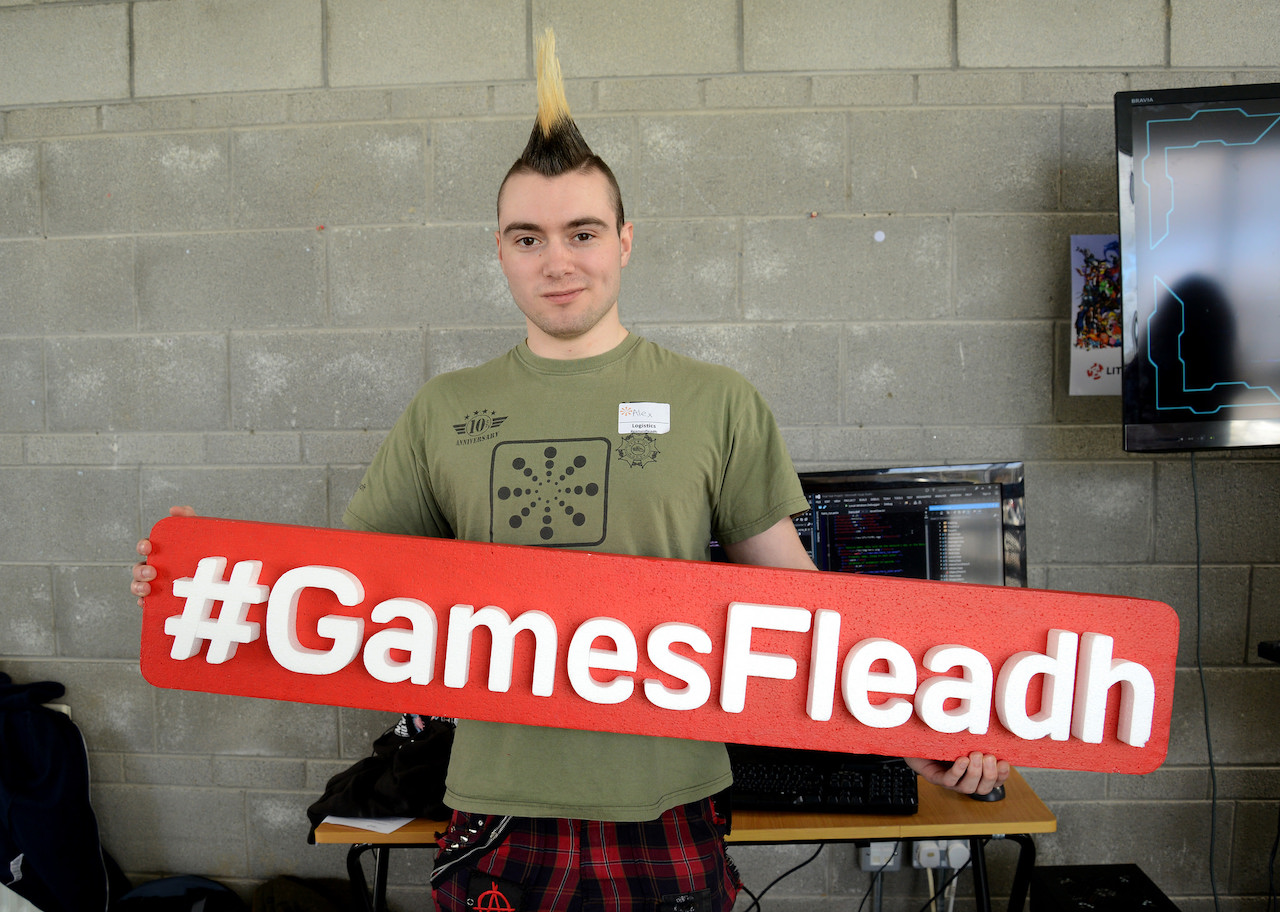 John Romero was guest speaker at the Games Fleadh this year and also one of the judges. He discussed his background and drip-fed us all useful tidbits about development. He began coding super young, sneaking into his local college to program on their mainframe. At age sixteen he was programming for the US airforce! He stressed some basic principles which a lot of us young budding developers seems to overlook; things like Code for the current project, not future projects. I see a few too many of my peers attempting to program game engines despite not yet having graduated, or writing a really nice flexible system for something that they’re only going to replace a few months down the line. Code for the current project: by the time the next project comes around, you’ll have learned more, be able to code better and that nice flexible system just won’t have aged as well as you thought it would. I know I’m not some super experienced dev but even through my time in college I’ve seen this ring true so many times. It’s the main piece of advice I took from his talk, heed it.